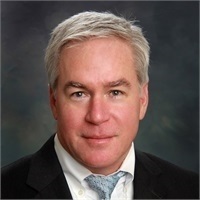 Where are we in the “market”? Everyone has been lost on occasion. If you’re a male like me, you might be too stubborn to ask for directions. If you are like my wife, you just haven’t arrived yet and need a bit more time, but you are not lost per se. When dealing with the business cycle, however, a lot people seem lost as to where we are. Well, the answer is… we are most likely mid to late cycle, but what does that mean? A lot…..perhaps.

As you know, we are in an election year with quite a bit of geopolitical pressures. The result is increased volatility and many anxious times. Based on past scenarios, election years have been okay, not great, but okay is better than last year when most asset classes did not perform so well.  So the key question is what does 2016 possibly have in store?

Basically, the U.S. may be poised for modest returns. We are probably in a slow growth environment. Our domestic labor markets show improvement and the consumer is spending again. Inflation remains low and energy is cheap. This bodes well for the United States as companies are moving their labor on-shore and the demand for housing picks up. So a bit of a comparison between market factors from a few years back is as follows: “back then” oil shortage at $150 per barrel and now cheap, abundant oil ($36.20 at the time of this writing); a housing glut at inflated prices existed not long ago, not a housing shortage as we are currently experiencing; banks were excessively leveraged and now are well capitalized; corporate balance sheets were a mess and now corporations have record levels of cash; households had a heavy debt burden and now have high rates of savings and low debt-to-income ratios. Things do not feel great at the moment, but the fundamentals have solidly improved. [1]

So where does one find solace in this scenario? Historically, the sectors that have offered the most opportunity in the late, mid cycle have been health care, technology, consumer staples, consumer discretionary and financials.[2] It may be hard to imagine the United States as a low cost producer with more opportunity than our overseas brethren, but when you review the fundamentals and take an introspective look at the U.S. economy, it seems as the opportunity is here. As always, be cautiously opportunistic.

Mark Nabell is a managing partner at Nabell Winslow Investments, a regional investment advisory firm. He can be reached at [email protected]