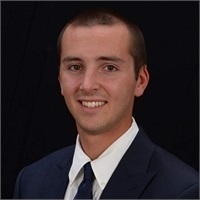 Joshua Rosenberg of Nabell Winslow Investments and Wealth Management is now licensed for long-term care insurance at the striking young age of 6! While Josh has been around for much longer than that, he has a unique birthday which comes only once every 4 years – Leap Day, February 29th!

Every 4 years, an extra day is added to the month of February so that it has 29 days instead of the regular 28. This day is added as a corrective measure, due to the fact that the Earth does not orbit around the sun in exactly 365 days. It actually takes Earth 365.2421 days to make the trip in its entirety.

The leap year system was first put into place by the Roman Empire under the rule of Julius Caesar in the year 46 B.C. Caesar and Sosigenes, a roman astronomer, worked together to reconstruct the Roman calendar to include 365 days a year and 12 months. However, this system still leaves an additional 11 minutes each year. To fix this, Pop Gregory XIII revised the calendar in 1582 to have leap years every 4 years, excluding years that are divisible evenly by 100 but not by 400. This means that the year 1900, while normally scheduled to be a leap year, was not because it is divisible by 100 and not 400. This still is not a perfect system however, and changes will need to be made approximately in year 12,014!

With only approximately 187,000 people in the US and 4 million worldwide born on Leap Day, we’re happy to celebrate February 29th this year with our own Leap-baby. At the ripe old age of 6, Josh may need to take into consideration his plans for long-term care a little earlier than most. However, it’s never too early to start planning for your future in order to pursue financial independence, stability, and funding for quality health care.

Securities and advisory services offered through Cetera Advisors LLC, member FINRA, SIPC. Cetera is under separate ownership from any other named entity. The information in this article is not intended as tax or legal advice. It may not be used for the purpose of avoiding any federal tax penalties. Please consult your legal or tax professional for specific information regarding your individual situation.